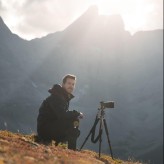 Astrophotographer Jack Fusco brings the SIGMA 20mm F1.4 DG DN | Art lens under the stars for the first time, and puts it to the test from coast to coast.

Jack Fusco tests the first 14-24mm F2.8 DG DN | Art lens in the US for astrophotography.

Capture your own stunning images of bioluminescence with this great advice from top dark sky photographer Jack Fusco!

“All it took was one night of shooting and I was sold on this lens. Holy cow is this thing tack sharp from edge to edge. It’s early still, but this is already one of the most impressive lenses I’ve used to date.”

Photographing the aurora can be one of the most exciting opportunities a landscape photographer can come across. People most commonly travel to Northern locations from all over for a chance to see them in what can often be a once…

SIGMA Ambassador Jack Fusco had the chance to be one of the first photographers in North America to test-drive the new SIGMA 14-24mm F2.8 DG HSM | Art lens. Its edge to edge performance and zoom versatility has earned it a place in his bag for dark sky photography.