What is Back-Button Focus and Is it Right for Me?

What is Back-Button Focus and Is it Right for Me?

To back button focus or not? This is an interesting debate among sport shooters and hobbyists alike. I can tell you from experience it is the most unnatural thing to start doing and takes a great deal of practice and patience before it suddenly becomes second nature. Straight out of the box, virtually every interchangeable lens camera has Autofocus assigned to the shutter button.  So, when you pick up the camera and push the shutter button, first it searches for focus, and then, once focus is achieved, it opens the shutter and takes your photo.  On the surface, this seems the perfect way to get more shots in focus. But it makes the shutter do double or triple -duty, and can slow down the process when timing means everything. The Back-button focus technique can make the camera more responsive since the shutter button is now charged, first and foremost, with the task for which it is named: opening and closing the shutter.


Let’s be real: regardless of skill level, everyone always looks for some kind of an edge or magic bullet if you will when it comes to faster focus.  Most people think that the fastest shooters are the Pro Sports Illustrated photographers and they, and their equipment kit becomes the mythical standard.

The reality is that the camera and the camera focus system is going to be the first bottleneck in the equation.  Here is a shocker…..not every camera is created equally. It does not matter whether you are shooting a flagship camera from one of the brands out there or even an entry level DSLR.  They all have similar tools available and if you understand the tools then you are half way there. While another important part can be frame rate, you can bypass that by learning timing. We will leave that discussion for another tech tip.

One thing that you can do to combat this slow focus thing is to use back button focus. As I said earlier it is an unnatural act at first. It takes practice and that means missing some shots periodically. But it is a powerful advantage to disentangle autofocus from firing off your shot. For example, if the AF is searching and not tracking your moving subject like a bird in flight perfectly, just pop your thumb off the AF button and switch to manual focus. If you’re at a baseball game and it looks like there’s going to be a steal attempt at second, you can prefocus on the bag and wait for the action to come to you and fire away as soon as the frame develops—and if it turns into a rundown between the bases, just press the back-button AF and you’re good to go.

Now mid range and up end cameras have a dedicated AF button on the back of the camera that is always active. Other cameras in the line ups have an AFL/AEL that is programmable to be used as a back button focus. This feature will be a little different from camera to camera so please look at the owners manual for the specifics on how to change or customize this feature. The shutter button has three functions to do at one time and that sometimes can slow the camera down a bit. By using the back button you are able to lock exposure and make the camera react much faster. You can also track and recompose the image faster when using the back button as well. It does take time to get used to, there is no question there. Some people get used to it almost right away and some it takes many tries. With this feature you may want to read about the different focus modes in the owners manual. You will also want to touch on the tracking methods. You need to experiment with them as each person and situation tends to vary.  This will lead to more conversations later on single AF vs CAF or servo focus 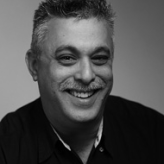 Marc Farb is a technical representative and commercial photographer with more than 25 years in the photo industry. He has worked with many different manufacturers over the years and has been with Sigma for nearly a decade as the Northeast Tech Rep.