I am an amateur photographer that lives on Long Island NY.  I got my first DSLR in 2012 and picked up a used Sigma 120-400mm zoom shortly after.  Here is one of my favorite shots with that lens,which I still have!

As time went on I started sharing my photography on Facebook and Twitter and started to see a lot of engagement.  It seems a lot of people that have left Long Island still miss it,and my photography helps bring back a lot of fond memories.  I also was starting to field a lot of equipment questions and started extolling what I liked about Sigma lenses:  quality and affordability.   I started identifying the lens used in many of my landscape and wildlife shots and realized people were following my advice.

Sensing an opportunity, I stopped by Sigma headquarters to show them my social media statistics and asked to see if we could work together to get the Sigma story out to some new people.  After a couple meetings, Sigma lent me the 150-500mm to try out with my new Nikon D7100.  One of the first things I did was try the new lens out at the 2014 Jones Beach Air Show.

One of the main highlights was taking my Sigma  150-500 on a friend’s boat to try to observe Humpback Whales off New York City in September 2014.  I wound  up with some cool shots that ended up featured in The Daily Mail, Gothamist, and in a Sigma Blog that can be seen here.

Fast forward to my next Air show, the Jones Beach 2015 show featuring the Air Force Thunderbirds and the Geico Skytpers.

I ended up with some nice shots along with what seemed like 1000 other photographers.  Toward the end of the show I made my way down to the beach in anticipation of the world famous Miss Geico Speedboat racing two of the Geico Skytypers, vintage WWII aircraft that had just finished their precision airshow.  These amazing aircraft were built in the 1940’s and served as the classroom for most of the Allied pilots flying in WWII.  Today they tour the Air show Circuit with a precision flying show and also sky type commercial messages in smoke for Geico and other clients.

I ended sharing the image above on my Facebook Photography page.  Luckily one of the people that follow my page happened to know Tom Daly, the pilot of the #6 plane pictured above.  She had me contact Tom who was kind enough to pass the photo on to the rest of his team including Larry Arken, Commanding Officer.  Soon we arranged a meeting and next thing you know I was in a flightsuit with helmet and parachute flying over Connecticut, NYC, and New Jersey, cameras in hand at 10,000 feet having a blast!!  This same shot is now hanging in the Miss Geico trailer as well as Geico offices in San Diego and Maryland.

Next the Geico Skytypers invited me to Atlantic City for the Thunder over the Boardwalk show in September 2015.  Conditions were tough with some poor light and a lot of haze but I still had a blast.  It was here that I got my first look at the 150-600 C, as Jared Polin (Fro Knows Photo) was next to me reviewing the lens for Sigma.

After Atlantic City, we marked the last show of the season on the calendar at Naval Air Station Pensacola in the Florida Panhandle,  the home base of the Blue Angels where they stage their annual homecoming air show that would also feature the Geico Skytypers and a full line up top notch performers.   For this special occasion, Sigma let me try out the Sigma 150-600mm Sport and I was thrilled with the performance of the lens matched with my Nikon D750.  I wrote a blog for Sigma about the 150-600mm Sports.

The entire Geico team gave me tremendous access and made me feel like part of the team.   I was able to meet some of the other performers including some of the Blue Angel Pilots at an event at the National Naval Aviation Museum located on the base.  If you are ever in Pensacola this is a must see venue.

The 150-600m Sport performed flawlessly.  Although bigger and heavier than I was used too, I was able to hand hold and spray several thousand shots over three full days without a problem.

Here are a few shots from the weekend:

One of the highlights of the weekend was a special twilight show featuring several of the performers including the Skytypers.  Unfortunately some low clouds moved in and cut their show short due to low visibility.  Before the clouds rolled in the Screaming Sasquatch Jet Waco put on a thrilling show.  This modified bi-plane utilizes both a 450 HP Propeller and a GE turbojet that allow for one of those most thrilling acrobatic shows on the Air Show Circuit.

As soon as I showed this shot to Geico Pilot and Marketing Officer Steve Kapur he immediately suggested I send this into the Smithsonian Air and Space Photo Contest.  I followed his advice and winded up as one of 10 finalists in the Civilian Category and ended up winning the Reader’s choice award spanning all 4 categories and 40 finalists.  It is featured in the June/July Issue that hit newsstands on May 31st.

After returning the 150-600mm Sport to Sigma, I knew I couldn’t go back to my old 150 -500mm.  I ended purchasing the 150-600mm Contemporary right away and have never regretted it.  I really appreciate the smaller size and lower weight and once again was really happy with the focusing capabilities and final image quality.  I have nothing but great things to say about the lens but knew the real test would be another air show.

Memorial Day Weekend brought the Blue Angels back to Long Island for the Jones Beach Air Show.  I honestly have to say I couldn’t tell the difference between image quality and focus between the two lenses. More images with the 150-600mm Contemporary

One of the highlights of the show was when Larry Arken of the Geico Skytypers set up a meeting with Jeff Boerboon , the pilot of the Jet Waco Biplane in the Smithsonian Contest so I could give him a print.  It turns out he loved the shot and we are in the process of doing a big metal version for his home.  Of course I threw out the idea of doing some aviation photography from one of his planes in the near future so stay tuned!

I know I still have a lot to learn about Aviation Photography and look forward to attending more shows on my own and with the Geico Skytypers once again this year.  My best advice to anyone looking for new opportunities to expand their photography is keep shooting and keep sharing; you never know what will happen next!

In summary, I am a huge Sigma fan and plan on continuing to explore new opportunities with Sigma lenses in my bag!!! 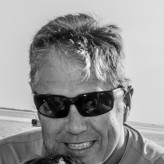