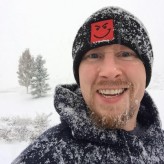 Born and raised on the Oregon Coast where his love for beautiful landscapes began. In 1999 Darren moved to Portland Oregon and soon fell in love with the mountains and Columbia River Gorge areas. In July of 2013 Darren made a huge move to Littleton, Colorado where he has quickly fell in love with the majestic mountains Colorado has to offer and the outdoor life Colorado is known for. Darren has been published in various magazines like Popular Photography, Columbia Gorge Magazine and had a mention in National Geographic Traveler. His prints have been sold worldwide and used for all kinds of media from Websites to Trade Show Backdrops. Darren enjoys a variety of outdoors activities which include but are not limited to, hiking, biking, running, night photography, trail running, climbing steep hills and simply just being amazed at what nature can produce!

Few places show off the splendor of autumn foliage like Colorado, and few lenses capture its essence like SIGMA’s wide-angle Art primes. Landscape photographer Darren White takes the SIGMA 20mm and 24mm F1.4 DG DN | Art lenses on a trip to find unique, colorful fall scenes that show his home state in all its golden glory.

Photographing landscapes and wildlife in the midst of a Colorado winter isn’t for the faint of heart, but photographer Darren White – along with the super-versatile SIGMA 150-600mm DG DN OS | Sports lens – shows how an adventurous spirit and reliable gear can lead to amazing images.

Fast, wide and compact, the SIGMA 24mm F2 DG DN Contemporary lens joins the I series and gives photographers a truly portable option for night sky and landscape shooting, as well as video work, streaming and vlogging. Darren White puts this lens to the test in the picturesque American wilderness.

When landscape photographer Darren White needed to lighten his pack, he put the new SIGMA fp L camera and I series prime lenses to the test, capturing 61 megapixels of beautiful scenery throughout the Pacific Northwest… all with just over 3 pounds of gear!