As a photographer who already loves the original SIGMA fp, when given the chance to work with the next generation, I knew I was in for something special. The SIGMA fp L is the second camera in this mirrorless series, and it brings a wealth of improvements clearly aimed at upping the photographic potential of this sleek camera. The original fp flew under the radar for photographers, due to a feature set that was primarily aimed at cine applications, but the fp L changes this entirely with a higher resolution sensor, an available EVF, and faster and more precise focusing performance. The fp L reads like someone closely reviewed a photographers’ wish list of missing features from the original model, added those, and still made sure to retain the beloved modular ethos, small size, and distinct SIGMA character.

The fp was a fresh and bold concept when it was first announced in 2019 and the fp L continues this trend, although it does also feel a bit more mature and refined at this point. While SIGMA has historically been known for a unique approach to camera design, and the use of Foveon sensors, the fp cameras adopt the more conventional Bayer array sensor that offers greater flexibility for working in various lighting conditions and also opens up more possibilities for video recording. Despite using a sensor design that’s more common within the industry, the fp L (and the first fp, for that matter) is anything but common. It takes an original approach to camera design and caters more to how a photographer or videographer would actually want to use a camera.

But what necessitated the need for an fp L? Why is it worth making a second-generation camera that appears so similar from the exterior? Well, in my opinion, it’s for photography. It’s no secret that the original fp excelled in the video realm, which was a surprising move at launch considering SIGMA is a relative newcomer to filmmaking. The fp’s feature range and specifications are clearly aimed at the cine market, while photographers mainly benefited from the unique ergonomics, lens lineup, and more flexible sensor performance. The fp L takes these assets and goes several steps further by adding a higher-res sensor, improved autofocus performance, and an EVF for more intuitive eye-level use.

Breaking this down further, let’s look more closely at where the fp L excels:

Specifically for photography, the 61MP sensor of the SIGMA fp L is a huge improvement over the 24MP sensor from the original fp. The increase in resolution is obvious, and that means larger print sizes are attainable while maintaining high sharpness and detail. More than just boosted file sizes, though, the new sensor also seems to offer improved dynamic range and the same ISO range as the lower-res sibling, giving an edge for working in low-light or high contrast situations. And one other advantage of the higher resolution… cropping. Specifically with the new Crop Zoom feature, you can punch into the full-frame image to simulate a longer focal length while still maintaining reasonably high resolution and detail.

Another advantage of the new sensor comes in the way of focusing performance, and this is something that benefits both photographers and cine shooters. The fp L has a hybrid focusing system, which uses both phase-detection and contrast-detection methods to achieve accurate focus quickly. The original fp has just contrast-detection AF, which is plenty accurate, but maybe not the quickest or the best for tracking subjects.

A much-missed feature from the original fp for many photographers, the fp L’s launch also brings an external electronic viewfinder to the system. The EVF-11 Electronic Viewfinder is a 3.68m-dot OLED panel that attaches to the side of the camera via the USB Type-C port. While I’m personally a big fan of the LVF-11 LCD Viewfinder (a loupe for the rear LCD), having a true viewfinder in a less cumbersome package is much welcomed. The EVF-11 also has a 90° upward tilting design that’s perfect for shooting at lower perspectives.

Also, while the EVF-11 is being debuted with the new fp L, it’s going to also be compatible with the original fp via a future firmware update, making this EVF a true system accessory.

Honestly, one of the biggest pluses for the SIGMA fp L has to be that it’s physically identical to the original fp. This means all of the auxiliary grips, finders, cages, batteries, and whatever other accessories you already have are compatible with both cameras.

Among the most successful aspects of the original fp, the super small and lightweight design give it the unique distinction of being a pocketable full-frame mirrorless camera. More than this, though, are its modular tendencies, which means you can build the camera up to be just about anything you want. The new fp L keeps this same design, which strengthens the overall system and reinforces the modular concept. Now that there are two bodies with a suite of shared components, it makes the fp system all the more enticing. Personally, while I appreciate the stripped-down body, I love adding on the HG-21 Large Hand Grip to give the body some heft, and the new EVF functions like an anchor for more stable and comfortable shooting, especially in bright conditions.

Beyond these three notable distinctions, the fp L does add a few other differences over the original model worth noting. My favorite is the ability to charge and power the camera via USB-C, even while it’s on. This continuous power delivery is a great solution for time-lapse or long-exposure work, or even if you’re outdoors filming long takes or even if you’re using the fp L as a webcam. Next, even though the fp L is now more of the “photographer’s fp,” that didn’t stop SIGMA from updating a handful of the video features, such as including a true 24.00 fps frame rate, improvements and camera updates to the Director’s Viewfinder, the ability to share custom camera settings via QR code, and Duotone and Powder Blue color modes.

So, the SIGMA fp L is basically an fp with a beefed-up sensor and compatibility with an accessory EVF. This is great, but it still leaves the question: who is the fp L for? The answer, for me, has to be any image-maker, photographer or cinematographer, who values modularity, versatility, and control.

The fp L now has the resolution and focusing performance to cater to most photographer’s needs, still has the hugely impressive video capabilities of the original SIGMA fp, and is a camera within the L-Mount Alliance for even wider system flexibility. Its compact size makes it great for the landscape photographer who hikes to their shots, the street photographer who spends the whole day walking around cities waiting for the perfect moment, or even the travel photographer who values the camera’s small footprint and high-res sensor to record their adventures. It’s a camera with character, just like any SIGMA camera from the past, and is something that feels simultaneously decisive and freeing. 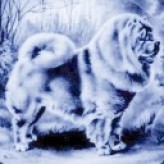 Grant Willing is a photographer and writer based in New York City. He received his MFA from the Image Text Ithaca program and is currently working on documenting vernacular architecture in metropolitan areas. He has shown his photographs and publications in the USA and internationally, including at the Foam Museum in Amsterdam, MoMA PS1 in New York, and the Photographers' Gallery in London. He has also self-published several books of photographs and drawings on subjects ranging from black metal to citrus fruit.