Photographing Foxes and Singing Dogs with the Sigma fp

Photographing Foxes and Singing Dogs with the Sigma fp

The brand new fp camera from Sigma offers a ton of different setups and configurations for both Still and Cine Photographers.  Many of the answers likely range from portraits, to weddings, to travel, to indy films, to pets, to foxes…

Wait a minute. Did you just say foxes? Indeed we did. Let us explain.

The Judith A Bassett Canid Education and Conservation Center

Snuggled within a cozy mountain in Santa Ysabel is an incredibly unique nonprofit dedicated to the education and conservation of canids (which include animals from the family Canida, such as wolves, foxes, and even domestic dogs). Southern California’s Judith A Bassett Canid Education & Conservation Center (or JABCECC for short) is notable as being the only nonprofit center in the world to house the famous domesticated Belyaev foxes. The foxes are joined by primitive dogs, such as the New Guinea Singing Dog—two animals that researchers say are key to discovering how our beloved pups became man’s best friend.

JABCECC has three key functions and goals that the nonprofit aims to achieve: animal-assisted therapy programs, interactive educational events with ambassador animals, and unique solutions to aid in the conservation and promotion of the general welfare of all canids.

The therapy programs involve different types of canids interacting with individuals who have conditions for which healing with animals has been shown to improve a disease state or condition. Many of these animals are rescued or extremely rare, which gives them an opportunity to help themselves by helping people.

The educational events with the ambassador foxes and singing dogs allow the public to have interactions with some very unique canids and obtain a better understanding of them, according to the Center. “Through understanding comes appreciation and through appreciation comes conservation.”

The fp Camera and the Foxes

I had the unique and incredible opportunity to use the brand new Sigma fp camera on some of the gorgeous residents at JABCECC. My models included Viktor the red fox (the cheekiest personality you will ever meet), Maksa the Georgian red fox (an absolute love bug), Nicky the New Guinea singing dog (a handsome singer), and Stumpy the New Guinea singing dog (an absolute ham of a hound).

The fp Camera is unique in many ways, one of which is how modular the system is. With a series of screws and accessories, you can build your camera up to your needs, size, and comfort level. For myself in this particular situation, I kept the camera as simple as possible:

Depending on the animals you capture, some photographers may add a flash unit to their build and/or use a tripod mounted to either to the bottom or either of the side 1/4-20 sockets on the camera.

Exotic animals tend to be spooked by flash units, so I would hesitate to use this with the foxes- however, many domestic animals (such as dogs) are comfortable with flash units. Make sure to point the unit away from the animal’s face and use a diffuser, to ensure that their sensitive eyes are not bothered by an intense direct strobe pop.

The use of a tripod or monopod can be beneficial depending on the animal you are capturing. With the foxes being very small and very quick, however, I chose to capture them from the floor level hand-held.

The studio set-up at the JABCECC was still under construction at the time of this fun session, and as such, did not have any artificial lights. We used the natural light coming from the window opposite of the studio location. This was a great time to test out the camera’s sensitivity to available light and bump that ISO up!

The camera’s focus setting was placed at One Shot- despite the animals moving around, the idea was to capture them in portrait rather than action. The frame rate was set to high speed continuous shooting (18 frames-per-second). The color mode was set to Vivid (using the conveniently placed Color button at the bottom of the LCD screen). And I shot JPEG. These are pretty much straight from camera.

I positioned myself on the floor to capture the foxes from eye level. The LCD screen is very large and vivid, allowing a clear view without having to yoga pose myself to the floor in order to capture my ideal composition.

In its basic configuration, the lack of a viewfinder is a popular concern amongst photographers when first seeing the Sigma fp Camera. However, the LCD screen use is really the necessary set-up when working with animals (in my opinion). (And please keep in mind, for those who want an eye-level experience, there is this excellent viewfinder option!

Here’s why I use the on-camera LCD for framing animal portraits. To start, animals that can be easily spooked recognize you much better when they are able to see more of your face rather than a camera box blocking your eyes. When you’re not constricted to looking through a viewfinder, you are more spatially aware of your surroundings (something very important with exotic animals). As well, you can have a more intimate interaction with the animal when you don’t have a camera box in front of your face, which can include anything from fun noises to catch their attention to using treats to position their faces. All three of these factors played into capturing pleasing images from this amazing encounter.

The lack of noise from the camera helped the animals feel comfortable, as there is no mechanical shutter to make noise! The high speed 18 frames per second aided in capturing every incremental movement, helping me pick out the best-of-the-best moment in editing post photo shoot.

The autofocus was brilliant, even when set to One Shot. Although One Shot really is intended for, well, one image—this mode was quite brilliant at still refocusing on the animals through all of their movements. Of course, if the fox decided to run the focus wouldn’t track (like it would with Continuous Focus), but if the fox turned his head or the singing dog lifted his chin, the camera would still refocus very easily. The focus was very accurate in the less-than-ideal lighting situation as well!

In conclusion, the Sigma fp Camera performed exceptionally well in what would otherwise be considered a moderately difficult shooting condition. Capturing fast animals with only available indoor light, the fp Camera was able to accurately focus and hold that focus which is especially critical with very shallow depth of field! The final images were rich in color and full of excellent dynamic range, allowing me to sneak by with only minimal editing.

The JAB Canid Education and Conservation Center in San Ysabel, California, is available for private encounters and photo shoots with its ambassador animals. Get more information at jabcecc.org. 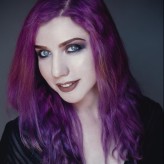