Whether you’re running in auto exposure mode or taking full control in manual mode, a better understanding of how the light in your scene is being measured can greatly improve your ability to capture it in a way that matches your creative vision. To that end, we’ll jump in to how your camera’s metering interacts with exposure modes and we’ll cover the metering mode options commonly found in most cameras; evaluative metering, center-weighted metering and spot metering.

Let’s begin with how your camera’s metering system ties in with the exposure modes. If you’re running in an automated scene mode (ie. Sports, Landscape, Portrait, etc.) the camera will bias the aperture, shutter speed and ISO settings to best compliment the identified subject matter. If you’re running in either aperture or shutter speed priority modes, the camera will select an appropriate setting to compliment the one you’ve manually chosen. If you’re running in full manual the camera will read out its interpretation of how your chosen settings match its meter’s exposure value; this is generally represented as a linear scale with perfect exposure in the center, underexposure to the left and overexposure to the right. Most cameras will behave this way regardless of which metering mode you’re using.

Now on to the metering modes themselves. Evaluative metering is the most commonly used and for good reason. In this mode your camera will evaluate the entire scene and try to balance all the light values present into an acceptable averaged exposure value. Each manufacturer uses their own formula for evaluating the scene and there can be some variation that stems from this but generally speaking, the exposure values given will be adequate to yield a usable image from most situations. Where evaluative metering tends to struggle is when photographing a scene dominated by very dark or bright tones, such as when photographing a portrait with a strong backlight or a beam of light shining through a dimly lit room. In these instances, your camera’s meter will attempt to expose for the middle ground between the extreme dark and light tones. This averaged exposure often yields an image that doesn’t match your vision for the scene as well as information being lost to either shadow or highlight clipping.

In these instances, you may find the spot metering option at the other end of the spectrum can be a helpful alternative. Rather than evaluating the entire scene for an exposure value, your camera will only read the light from one area in your scene, generally this area corresponds with the autofocus point in use. Narrowing the area to be evaluated shifts the emphasis for exposure from the entire scene to just your primary subject, which should yield a better exposure in instances where there is a stark contrast between the light reflecting off your subject and the surrounding environment. Often this approach will necessitate a little more trial and error to balance the overall exposure to your liking and in high contrast lighting situations, you may find that the precision of spot metering gives up too much information in the rest of your scene.

Which brings us to our final metering option, center-weighted metering. This mode will measure light across the entire scene but will prioritize the exposure value to favor the center of the frame, typically in the ballpark of 75% bias to the center and 25% to the rest of the scene. Center-weighted metering should yield more consistent exposures than spot metering as it does take the rest of the scene into account, but it will be more easily influenced by extremes in lighting than evaluative metering. This can actually be a helpful difference if you’re working with a lot of variation in light or hoping to deviate from an exposure that averages the entire scene. Just make sure you either compose your subject centrally or initiate an exposure lock and recompose to utilize the central bias as needed.

While there are various other metering modes that can be found in certain models, the three we’ve covered here are the most common and can be found in nearly any digital camera with user selectable settings. The next time you’re working in a scene with some variation in lighting, try taking an image with each of the different metering options to see what kind of impact creative metering can have to the look of your images. 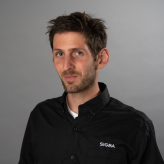 Aaron Norberg is a landscape photographer and Sigma Technical Representative based in Portland, Oregon. With an emphasis on exploring and documenting both urban and natural landscapes, he has worked with the full breadth of imaging technologies from pinhole to large-format cameras in both analog and digital formats. Aaron received his B.F.A. in Photography with a minor in Historic Preservation from the Savannah College of Art and Design in Savannah, Georgia.