February 4th this year I awoke to snow hitting the ground about two hours East of Cincinnati, Ohio, it was an early call time. I stepped outside to see my director, Lana Read, coming down a hill all bundled up, “Good morning” I said. She smiled and said, “Good morning” I said, “No, good morning and it’s 15 degrees outside!” This was the first day of shooting a pilot episode for the Western drama, Dogwood Pass: The Series. Directed by Lana Read, written by Brian Dobbins, Dogwood Pass is an independent ambitious period piece. It stars the incomparable Michael Pare, from Eddie and The Cruisers, Streets of Fire, The Lincoln Lawyer, Gone, The Virgin Suicides and a host of other movie and television credits.

I had spoken with Lana early on and had formulated a plan to get the project shot in a fast and efficient manner. We had five days to deliver an hour long pilot episode of sixty four pages. A Western with period costumes, horses, lots of extras, the first day almost all exteriors, means there were lots of moving parts. You must plan for all those things if you want a successful shoot, it certainly was a lot to bite off in short period of time. With a large amount of pages in 5 days, it was essential that all the actors were prepared, which they were, and also required a crew and cast working long hours. We had long days on this set. My team consisted of myself as cinematographer, one camera operator, a first AC, a DIT, a gaffer, a best boy and two grips. We had to shoot single camera coverage, almost all handheld verite style with little fussing about with lens swaps and infinite lens choices. We would have to go zooms on the Red Scarlet-W. I choose the Sigma Cine series zooms to accomplish our, what seemed impossible, task.

Since we had a true indie budget, as the Cinematographer, I knew we needed to work fast. I also knew that I needed zooms with a good range that were lightweight enough to handhold for many hours and were fast and sharp wide open but also built like tanks to withstand harsh conditions. Almost every shot on Dogwood Pass, except one scene and a little b-roll, is handheld. Moreover, since we were shooting a period piece, with a limited budget, I knew the piece had to look different than other Westerns. Nowadays, many Westerns all have the same color palette and same “vintage look.” We needed to stand out from all the others in that space. Colors and costumes would need to pop off the screen, so it would catch people’s eyes and garner some looks for distribution. Having experience with Sigma photo glass, I knew immediately the Cine 18-35 T2.0 and 50-100 T2.0 would deliver a modern, clean and crisp look. In my mind, under these conditions, there was no other choices than this lens combination.

The 18-35 T2 has the ability to focus close as 11 inches, which to me was perfect to get close and wide on our actors. To establish a look of loneliness with our sheriff, with single camera coverage, it was amazing. Dogwood Pass is a place where our sheriff Tom Ramey, played by Richard Leo Hunt, needs to feel like things are all out of control when a new mysterious stranger, Randall Montgomery, played by Michael Pare, comes to town. But at the same time we needed to isolate the sheriff but provide close ups. In fact many of the shots of Dogwood Pass are reactions from people, subtle looks and gestures. In your typical Western you have lots of action. In Dogwood Pass it’s all about a power struggle, murder, mystery and intrigue. It’s a slow burn genre piece. The close focus distance of the 18-35 was just the perfect lens to use for this. It was on our Red Scarlet-W close to 90% of the shoot.

The 50-100 T2 was used on shots where we simply didn’t have time physically move with different focal lengths and lens swapping. I used this lens actually without any zooming when we were rolling. It was simply used to punch in and out without the time to reposition crew. It also gave us a more compressed flattering looks on actors and objects when needed.

The sharpness of both lenses can’t be stated enough. I had done testing with the lenses before hand and determined they were so sharp that I actually put on a Schneider Optics Radiant Soft 2 filter on the mattebox to soften things up ever so slightly. The lenses are just so sharp, even at T2 that I felt we needed to bring it down a bit in camera. I would always rather have something sharp and then dial it down with an in camera filter than trying to sharpen in post. With these lenses we didn’t need any post processing sharpening.

It took a bunch of like minded people coming together, banding together, for a common good to produce a period piece in a bitterly cold Ohio winter. It also took gear that would hold up to those conditions and all the while give us a certain look to hopefully appeal to the viewer. Simply put the Sigma Cine Zooms did it all and did it with excellence.

Chuck France is a United States Cinematographer living in Los Angeles, California. He grew up in the small town of Ozark, Missouri deep in heart of the Southwest Missouri Ozarks region. He first started in film production working in the production department, art department, G&E and camera in the Denver and Kansas City areas. He then worked as a still photographer for a variety of news services, including The Associated Press, Getty Images and The Kansas City Star. He served six years as the Chief Photographer for The University of Kansas in the Marketing Communications Department providing the university with stills, video and digital asset management. Deciding to go back to full time freelance film production, he now works as a full time Cinematographer but picks up his still camera on an almost a daily basis.

Keep up to date with when and where the series will air here. 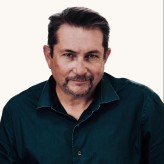 Chuck France is a United States Cinematographer that grew up deep in the heart of the Southwest Missouri Ozarks region and now resides in Los Angeles, California. He is represented by the Empire Artists Agency - Los Angeles/Nashville. He first started in film production working in the production department, art department, G&E and camera in the Denver and Kansas City areas. He then worked as an award winning still photographer for a variety of new services, including The Associated Press, Getty Images Assignment Division and The Kansas City Star. Now, he works as a Cinematographer on features, shorts, branded content and television. He's an Associate Member of The Society of Camera Operators (SOC).